UK interest rates: What will a rise mean for the British economy? 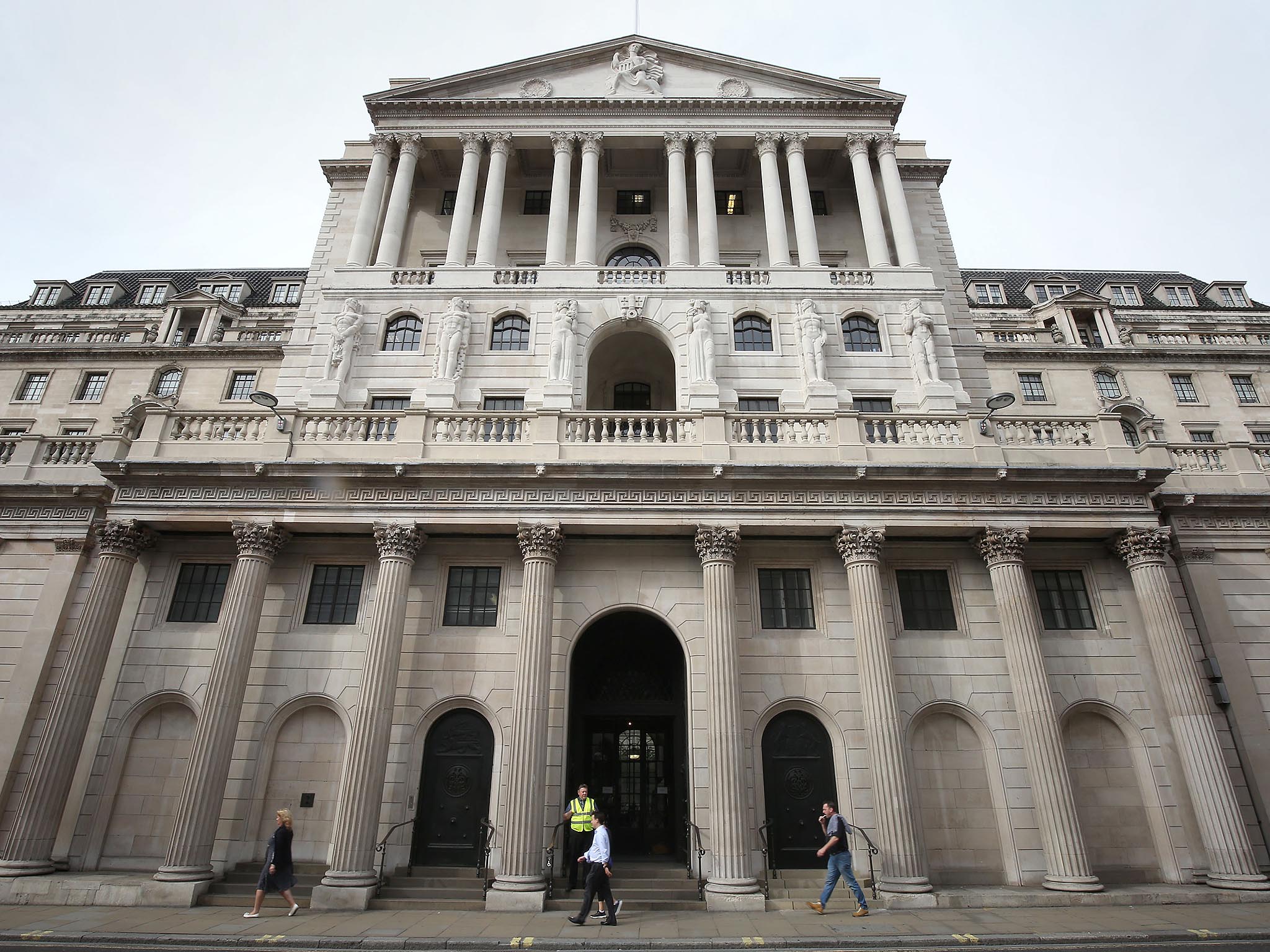 The Bank of England is widely expected to raise interest rates for the first time in more than 10 years on 2 November, after the next meeting of its Monetary Policy Committee.

Most economists polled by Reuters are not persuaded a rate rise is necessary, and its symbolic value is likely to overshadow its fairly modest effect on the economy.

Following is a set of best guesses from economists in academia, the private sector and at the Bank of England on what a quarter point increase in rates to 0.5 per cent will do, based on models of how the economy has performed in the past.

This cannot be calculated precisely. The British public could take fright at a first rate increase since 2007, especially at a time of weak growth as the country prepares to leave the European Union.

The BoE has ruled out returning rates to their pre-crisis level of about 5 per cent.

However, public or market expectations that this rate hike would be the first of many could also give it a disproportionate public impact.

What will happen to growth

Britain’s economy is growing at around 0.3 per cent a quarter this year, half its long-run average and a slowdown from 2017 after its weakest start to the year since 2012.

A BoE research paper from 2014 – which represents the views of its authors, not an official BoE position – estimates that raising rates by 1 per cent reduces output by 0.6 per cent over a 2-3 year period.

A quarter point rise would trim a modest 0.15 percent from GDP – equivalent to six weeks’ growth at current rates.

Other estimates are slightly higher. Amit Kara, a forecaster at the National Institute for Economic and Social Research (NIESR) sees an effect of around 0.2 per cent from a quarter point rise, while Martin Beck of consultants Oxford Economics says it could be up to 0.3 per cent after three years.

“Arguably a rise now could have a magnified effect,” Beck said, pointing to headwinds from Brexit uncertainty and public spending restraint, as well as a possible shock factor.

Credit Suisse economists think a quarter point rate rise could boost the chance by around 5 per cent of the UK economy tipping into recession, based on an analysis of factors that have contributed to downturns since the 1970s.

How will sterling react?

Sterling gained 4 cents against the US dollar in the 24 hours after the BoE said last month it was likely to raise rates in the coming months, taking it above $1.36.

Currency strategists say a November rate rise is now almost entirely priced into sterling, so the pound is likely to rise only slightly on Nov. 2 if the BoE acts as expected.

“Whether that’s sustained or not depends on whether there’s an indication that there could be more steps to follow,” said Ian Gunner, portfolio manager at the Altana Hard Currency Fund in London.

What will happen to inflation?

The main aim of a rate rise is to curb inflation, which hit a five-and-a-half year high of 3.0 per cent in September.

The BoE research paper estimates a 1 per cent rate rise would lower the inflation rate by 1 percentage point after 3 years, so a quarter point rise would only put on modest downward pressure.

The current inflation overshoot is due to a one-off hit from sterling’s sharp fall after last year’s Brexit vote, which the BoE thinks will soon start to fade.

Instead, a BoE rate rise now is insurance against its concern that the economy cannot grow as fast it used to without generating excess inflation from an overheating labour market.

Most economists are more doubtful that wages are set to grow strongly, even with unemployment at a 42-year low.

How much will mortgages borrowing cost?

The first impact many Britons will notice will be on their borrowing costs. Interest payments on the average variable rate mortgage will rise by £180 a year, according to Nationwide, one of Britain’s biggest lenders.

But fewer Britons than in the past will be immediately affected. The proportion of English households with mortgages has fallen below 30 per cent from more than 40 per cent a decade ago. These days, many people may decide to rent their homes due to the difficulty that you could get into if you opt to have a mortgage instead. But some people could look for help in this area if they wish. For example, if you are a medical practitioner, you may qualify for something like a physicians home loan program to help you find a down payment for a property. Unfortunately, not everyone has access to this type of thing. And a record-low 40 per cent of those mortgages are variable rate, down from 70 per cent in 2001, Nationwide said.

What about consumer borrowing?

Consumer borrowing has grown rapidly for the past couple of years, especially when it’s so easy to get Palma Violets loan, but still accounts for less than 10 per cent of outstanding bank lending. The interest rate on an average new personal loan is about 7.5 per cent, so a quarter-point increase will make little difference to interest payments. This is likely to make people even more keen to secure a quick personal loan return.

There are alternatives available to families in need of extra cash. People can leverage their cars as collateral, allowing them to access its value in the form of a car title loan. Various financial services offer this, including the Net Lender – https://www.thenetlender.com – which could be worth investigating if you require additional funds.

That said, a minority of households do struggle with debt and this month credit ratings agency Moody’s said higher interest rates could hurt poorer households. The BoE says debt trouble is closely linked to unemployment.

Business picture of the day

Will a rate rise surprise households?

The BoE’s message that a rate rise is probably coming has reached some but not all households. A survey from financial data company IHS Markit this month showed 40 per cent of households expect rates to rise over the next three months, up from 12 per cent in September. Some 63 per cent expect a rise in the next six months, up from 29 per cent before.

Business investment has been fairly subdued, growing by 2.5 per cent over the past year. The cost of finance is not the reason, however. Uncertainty about demand and a lack of profitable opportunities were the main grounds given in a Confederation of British Industry survey.